Legislators are hoping to make significant progress on the FAST Act (Transportation) re-authorization before the congressional recess in August, but it is unclear whether that progress will result in a bill markup by the Senate Committee on Environment and Public Works or move closer to a floor vote.

Tribal transportation authorities currently receive a majority of funding under the Tribal Transportation Program (TTP), which is jointly managed by the BIA and Federal Highway Administration. TTP initially received $465M in fiscal year 2016 under the FAST Act, the current legislation for transportation funding. With the FAST Act set to authorize $505M for the next fiscal year and expire in September 2020, the AUTOS Act’s sponsors see an opportunity to streamline the federal funding process and to address the increasing maintenance backlog for roads, bridges, and safety features on tribal lands.

The Act’s main impact for tribal transportation budgets is the additional $16M in funding that it would add to any amount included in a FAST Act reauthorization for fiscal year 2021. This figure would increase by $2M each year with a total of $24M for the 2025 fiscal year. The BIA Road Maintenance Program would receive separate dedicated funding of $46M for the 2021 fiscal year and end with $54M for fiscal year 2025.

The AUTOS Act would allow the Secretary of Interior to create categorical exclusions from environmental review similar to those already established by the Department of Transportation. For safety projects that still require review, the Secretary or other supervising federal official will have to use the shortest timeline possible to report back to the Indian tribe proposing the project. Under the proposed bill, Tribes also can enter into agreements to conduct environmental reviews for TTP funded projects.

Currently, investors can defer taxes on capital gains invested in these Funds when the investment is sold or exchanged by the Opportunity Fund or December 31, 2026 at the latest. If an investor has money in the Fund for more than five years, then 10% of the capital gains earned are excluded from calculating income and deferred taxes. If the investment is held for more than seven years, the percentage increases to 15%. After ten years, the fair market value at the time of sale or exchange determines the amount of any deferred taxes or exclusions.

Opportunity Funds may be corporations, LLCs, or partnerships making investment business structures flexible. It is unclear how the opportunity zone system will affect tribal areas because states nominate census areas for opportunity zone designation. There is potential for future regulations to include consultation with tribal governments for designating opportunity zones.

The IRS has released proposed regulations for implementing the new Opportunity Zone tax breaks. The open comment period will begin after official publication in the Federal Register and will last for sixty days. Additionally, the IRS is planning a tribal consultation to obtain additional input on the proposed rules, including guidance on trust land leases and other potential tribal concerns. IRS Pre Notice of Proposed Rulemaking

Thank you for reading our update on Transportation Re-Authorization and Opportunity Funds proposed rule-making. Indian Country will need to seize opportunities to increase funding for Tribal Roads and maintenance.

It still remains to be seen if Tribes will be able to take advantage of the Opportunity Zone initiatives. We wanted to give the latest updates on both of these issues. Both are important to Tribal infrastructure development.

Please let us know if we can help or explain further what Congress and regulators are proposing on these important policy issues. 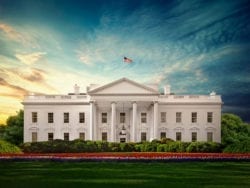 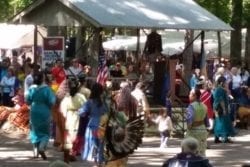